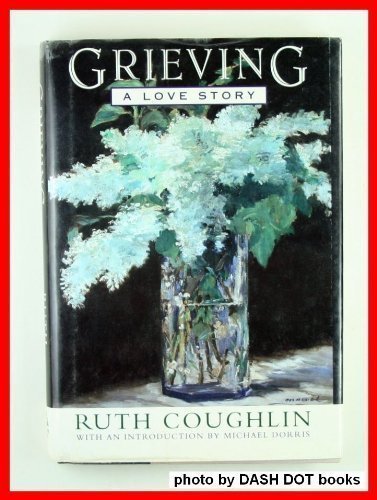 An evocation of the devastating effect that death has on a survivor describes the terminal illness of the author's husband, capturing his determination, charm, and strength, and offering consolation to those experiencing similar losses. 50,000 first printing. Tour.

Filled with emotion, comfort, and wisdom, this beautifully written memoir is a widow's look at her late husband's final months with cancer and her adjustment to living without him.

Raw outpouring of loss that's by turns moving and trying, by the widow of the recently deceased novelist and judge William J. Coughlin. The author discusses both her struggles to accommodate herself to widowhood and her life with ``Bill,'' mostly during his cancer- ravaged final ten months. The Bill who emerges here is memorable--a tough federal judge, a tender and sentimental lover, a devoted father, a hard-driving writer, a man of bravery and faith--and the extreme grief displayed by his widow is understandable. But Coughlin seems to suffer from the ``narcissism that borders on the pathological'' that she says mourning provokes, and when she criticizes supposedly insensitive friends for implying that she was overly dependent on her husband, the implication rings true. ``I used to have Bill,'' says Coughlin, ``and now I do not. I used to have a life, and now I do not.'' She makes an effort to go to her job as book critic for The Detroit News, but she ``shamelessly [tells] people high in management, when asked how I am doing, that walking into The Detroit News building and resuming my job is about as meaningless and puny as anything I have ever experienced.'' The events Coughlin describes certainly are enough to shake the faith of a saint--not only does Bill die lingeringly and painfully, but the author's father and beloved dog pass away as well, while her mother is hospitalized. It's not surprising, then, that Coughlin comes across not as a triumphant heroine but as a vulnerable human being torn by rage, confusion, and grief--one just beginning to find a way of bearing her existence. While those who have suffered a loss many appreciate Coughlin's memoir, others will wish for less self-absorption and more about Bill, so that they might participate in the author's grief rather than witnessing it with a mixture of pity and impatience. -- Copyright ©1993, Kirkus Associates, LP. All rights reserved.