Items related to 500 Nations: An Illustrated History of North American... 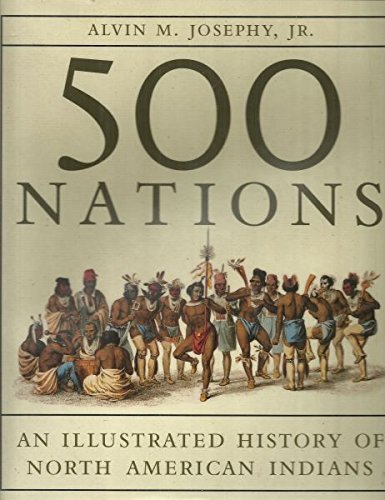 The story of Native American leaders, customs, political systems, and ways of life, this is American history from the Native American perspective: friendship, betrayal, war, and ultimately, the loss of homeland. A companion volume to the CBS series produced by Kevin Costner, Jack Leustig, and James Wilson scheduled to air in 1995. Illustrations & photos.

The companion volume to the 1995 popular PBS series of the same name, 500 Nations is a richly illustrated, absorbingly written history of North America's indigenous peoples. Drawing on creation stories, oral history, archaeological evidence, federal documents, and hundreds of published sources, Josephy takes us on an encyclopedic journey through Native America's past and present. Few scholars have Josephy's command of his broad and complex subject, and fewer still write as dexterously. The result: the best one-volume, general-interest study of Native American history now available.

Alvin M. Josephy, Jr., is the author of many award-winning books, including The Patriot Chiefs, The Nez Perce Indians and the Opening of the Northwest, The Indian Heritage of America, Red Power, Now That the Buffalo's Gone, and The Civil War in the American West. He was born in 1912, grew up in New York City, and attended Harvard College. He was an associate editor of Time magazine and a vice president and editor of American Heritage magazine, was founding chairman of the board of trustees of the Smithsonian's National Museum of the American Indian, and is past president of the Western History Association. He and his wife, Betty, live in Greenwich, Connecticut, and Joseph, Oregon.