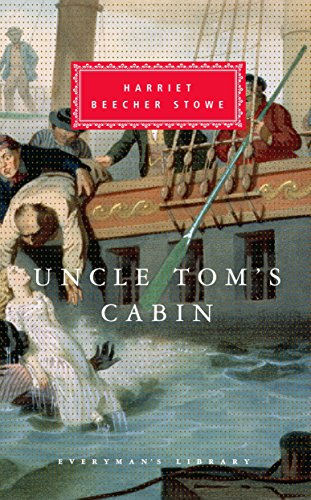 Uncle Tom, Topsy, Sambo, Simon Legree, little Eva: their names are American bywords, and all of them are characters in Harriet Beecher Stowe's remarkable novel of the pre-Civil War South. Uncle Tom's Cabin was revolutionary in 1852 for its passionate indictment of slavery and for its presentation of Tom, "a man of humanity," as the first black hero in American fiction. Labeled racist and condescending by some contemporary critics, it remains a shocking, controversial, and powerful work -- exposing the attitudes of white nineteenth-century society toward "the peculiar institution" and documenting, in heartrending detail, the tragic breakup of black Kentucky families "sold down the river." An immediate international sensation, Uncle Tom's Cabin sold 300,000 copies in the first year, was translated into thirty-seven languages, and has never gone out of print: its political impact was immense, its emotional influence immeasurable.

With its extraordinary capacity to move its readers, 'Uncle Tom's Cabin' evoked a surge of indignation that contributed crucially to the abolition of slavery in America.