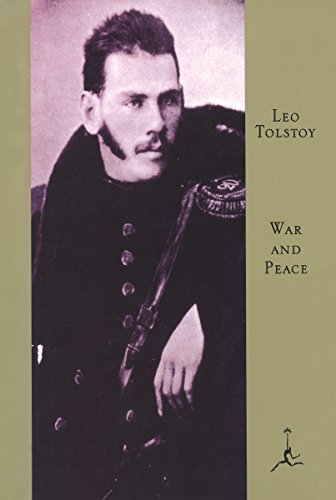 Often called the greatest novel ever written, War and Peace is at once an epic of the Napoleonic Wars, a philosophical study, and a celebration of the Russian spirit. Tolstoy’s genius is seen clearly in the multitude of characters in this massive chronicle—all of them fully realized and equally memorable. Out of this complex narrative emerges a profound examination of the individual’s place in the historical process, one that makes it clear why Thomas Mann praised Tolstoy for his Homeric powers and placed War and Peace in the same category as the Iliad: “To read him . . . is to find one’ s way home . . . to everything within us that is fundamental and sane.”

'There remains the greatest of all novelists-for what else can we call the author of War And Peace? [Tolstoy's] senses, his intellect, are acute, powerful, and well nourished...Nothing seems to escape him. Nothing glances off him unrecorded...Every twig, every feather sticks to his magnet. He notices the blue or red of a child's frock; the way a horse shifts its tail; the sound of a cough; the action of a man trying to put his hands into pockets that have been sewn up. And what his infallible eye reports of a cough or a trick of the hands his infallible brain refers to something hidden in the character, so that we know his people, not only by the way they love and their views but also by the way they sneeze and choke.