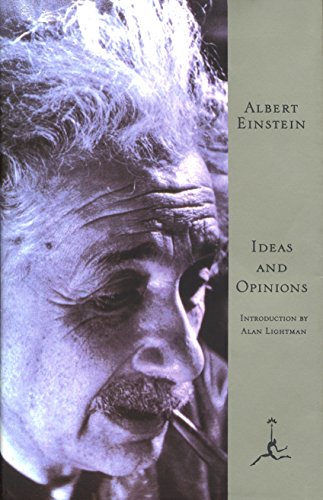 A new edition of the most definitive collection of Albert Einstein's popular writings, gathered under the supervision of Einstein himself. The selections range from his earliest days as a theoretical physicist to his death in 1955; from such subjects as relativity, nuclear war or peace, and religion and science, to human rights, economics, and government.

Ideas and Opinions contains essays by eminent scientist Albert Einstein on subjects ranging from atomic energy, relativity, and religion to human rights, and economics. Previously published articles, speeches, and letters are gathered here to create a fascinating collection of meditations by one of the world's greatest minds.