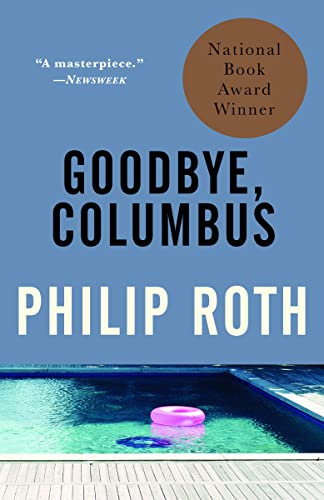 Roth's award-winning first book instantly established its author's reputation as a writer of explosive wit, merciless insight, and a fierce compassion for even the most self-deluding of his characters.

Goodbye, Columbus is the story of Neil Klugman and pretty, spirited Brenda Patimkin, he of poor Newark, she of suburban Short Hills, who meet one summer break and dive into an affair that is as much about social class and suspicion as it is about love. The novella is accompanied by five short stories that range in tone from the iconoclastic to the astonishingly tender and that illuminate the subterranean conflicts between parents and children and friends and neighbors in the American Jewish diaspora.

"Unlike those of us who come howling into the world, blind and bare, Mr. Roth appears with nails, hair, teeth, speaking coherently. He is skilled, witty, energetic and performs like a virtuoso." —Saul Bellow

Book Description Paperback. Condition: New. In stock and ready to ship. Gift-quality. Ships with tracking the same or next business day from New Haven, CT. We fully guarantee to ship the exact same item as listed and work hard to maintain our excellent customer service. Seller Inventory # 121721032