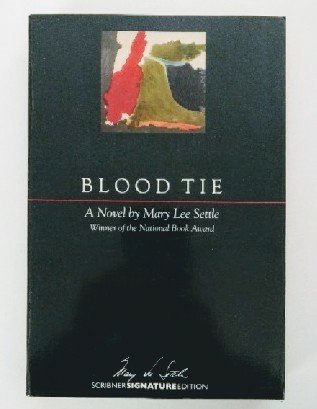 In a novel that begins with accidental death and ends with deliberate murder, Mary Lee Settle tells the story of an eclectic collection of American and European expatriates who take refuge in an ancient Turkish city and, once there, wreak havoc on the Aegean paradise. At first the characters, who range from a former accountant to a petulant heiress, appear to have little in common, but as the novel progresses their motives and desires cross and blend in an eerie, sometimes comic geometry of misunderstanding. In this award-winning work of fiction, Settle reveals new life springing forth out of death and change, and blood as the only tie that endures. With her trademark versatility, Settle conveys the restlessness and ennui of the foreigners as successfully as the humanity of the native Turks. To both humorous and pitiable examples of culture clash she adds vivid scenes of archaeological digs, underwater diving, and a children's festival. Further, Settle's description of Timur, a fugitive who is lost in a cave, remains as terrifying as anything since Mark Twain placed Tom Sawyer in the same predicament.

These titles represent Settle's work from the 1950s to the 1980s. The novels cover a wide range of subjects but are mostly concerned with the heroine's "search for love, faith, and a sense of belonging" (LJ 9/1/86).
Copyright 1996 Reed Business Information, Inc.