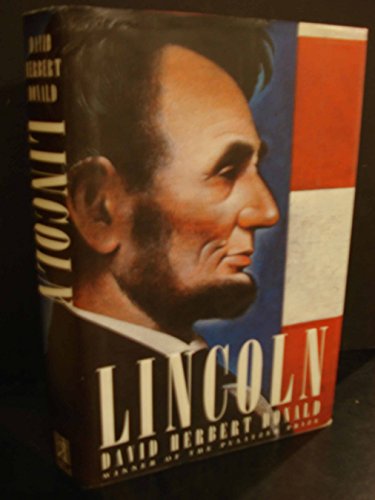 Destined to become a classic in American history and biography, David Herbert Donald’s Lincoln is a masterly account of how one man’s extraordinary political acumen steered the Union to victory in the Civil War, and of how his soaring rhetoric gave meaning to that agonizing struggle for nationhood and equality. This fully rounded biography of America’s sixteenth President is the product of Donald’s half-century of study of Lincoln and his times. In preparing it, Donald has drawn more extensively than any previous writer on Lincoln’s personal papers and those of his contemporaries, and he has taken full advantage of the voluminous newly discovered records of Lincoln’s legal practice. He presents his findings with the same literary skill and psychological understanding exhibited in his previous biographies, which have received two Pulitzer Prizes. Donald brilliantly traces Lincoln’s rise from humble origins in Kentucky to prominent positions in legal and political circles in Illinois, and then to the pinnacle of the presidency. He shows how, in all these roles, Lincoln repeatedly demonstrated his enormous capacity for growth, which enabled one of the least experienced and most poorly prepared men ever elected to high office to become a giant in the annals of American politics. Much more than a political biography, Donald’s Lincoln reveals the development of the future President’s character and shows how his private life helped to shape his public career. Donald’s biography is written from Lincoln’s point of view. Donald seats us behind the President’s desk, where we read the papers and reports he received and wrote, meet the politicians and generals and ordinary citizens who visited his office, and observe him evaluating the evidence before him and making the decisions that shaped modern America.

From the Publisher:
David Herbert Donald's Lincoln is a stunningly original portrait of Lincoln's life and presidency. Donald brilliantly depicts Lincoln's gradual ascent from humble beginnings in rural Kentucky to the ever- expanding political circles in Illinois, and finally to the presidency of a country divided by civil war. Donald goes beyond biography, illuminating the gradual development of Lincoln's character, chronicling his tremendous capacity for evolution and growth, thus illustrating what made it possible for a man so inexperienced and so unprepared for the presidency to become a great moral leader. In the most troubled of times, here was a man who led the country out of slavery and preserved a shattered Union -- in short, one of the greatest presidents this country has ever seen.
About the Author:
David Herbert Donald is the Charles Warren Professor Emeritus of American History and American Civilization at Harvard University.