Items related to MIDLIFE QUEER: Autobiography of a Decade 1971-1981 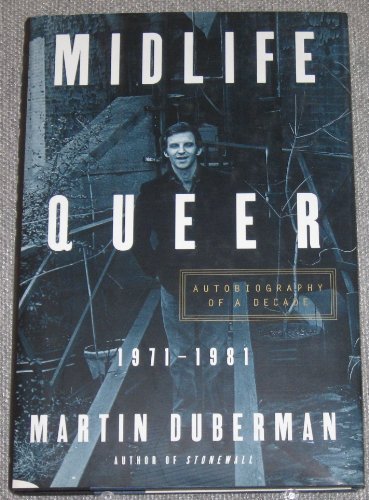 An award-winning historian and author of Stonewall offers a close-up, personal look at a decade that launched the gay rights movement, examining the radical politics and sexual-social scene of the pre-AIDS generation. 25,000 first printing. Tour.

"I've always had trouble with my body image. Though I recognized, abstractly, that I was considered good-looking, the news had never really taken hold.

I had worked out the reasons several times over in therapy; they had something to do with global feelings of not being intact, not 'right.' Such feelings were commonplace among gay people in pre-Stonewall America. Few of us liked ourselves. How could we, growing up in a society that insistently linked homosexuality with pathology?

Karl, my therapist in the mid-sixties, had never once suggested that negative cultural definitions of homosexuality might be somewhat responsible for my feelings of distress and discomfort. Rather, he indicted homosexuality itself, implying further that social disapproval was a perfectly understandable response to behavior that was intrinsically disturbed."