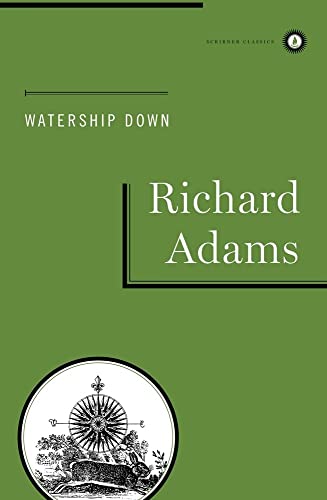 Watership Down is the compelling tale of a group of wild rabbits struggling to hold onto their place in the world—now a Emmy Award-winning Netflix animated miniseries starring James McAvoy, Nicholas Hoult, and Oscar and Grammy award-winning Sir Ben Kingsley.

A phenomenal worldwide bestseller for more than forty years, Richard Adams's Watership Down is a timeless classic and one of the most beloved novels of all time. Set in England's Downs, a once idyllic rural landscape, this stirring tale of adventure, courage and survival follows a band of very special creatures on their flight from the intrusion of man and the certain destruction of their home. Led by a stouthearted pair of brothers, they journey forth from their native Sandleford Warren through the harrowing trials posed by predators and adversaries, to a mysterious promised land and a more perfect society.

Watership Down has been a staple of high-school English classes for years. Despite the fact that it's often a hard sell at first (what teenager wouldn't cringe at the thought of 400-plus pages of talking rabbits?), Richard Adams's bunny-centric epic rarely fails to win the love and respect of anyone who reads it, regardless of age. Like most great novels, Watership Down is a rich story that can be read (and reread) on many different levels. The book is often praised as an allegory, with its analogs between human and rabbit culture (a fact sometimes used to goad skeptical teens, who resent the challenge that they won't "get" it, into reading it), but it's equally praiseworthy as just a corking good adventure.

The story follows a warren of Berkshire rabbits fleeing the destruction of their home by a land developer. As they search for a safe haven, skirting danger at every turn, we become acquainted with the band and its compelling culture and mythos. Adams has crafted a touching, involving world in the dirt and scrub of the English countryside, complete with its own folk history and language (the book comes with a "lapine" glossary, a guide to rabbitese). As much about freedom, ethics, and human nature as it is about a bunch of bunnies looking for a warm hidey-hole and some mates, Watership Down will continue to make the transition from classroom desk to bedside table for many generations to come. --Paul Hughes