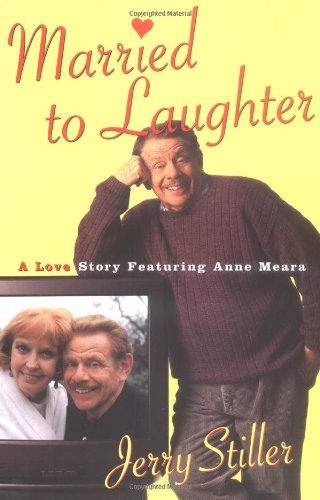 Comedian Jerry Stiller shares details of his successful career in show business, and his relationship with his long-time wife and comedy partner, Anne Meara.

Jerry Stiller and Anne Meara began performing together in coffehouses in Greenwich Village in the 1960's, and then as frequent guests on The Ed Sullivan Show. They based their standup characters on exaggerated vrsions of themselves, especially in the irrepressible commercials for Blue Nun wine. Offstage they raised two children, Amy and Ben.

After years of memorable work on stage and in radio, television, and films, Jerry Stiller found himself wondering what had happened to his once-flourishing career. Then a call came from Seinfeld, a television show he'd never watched. On Seinfeld he created the unforgettable character of Frank Costanza, which won him an Emmy nomination and an American Comedy Award. Meanwhile, Anne Meara became an acclaimed Off-Broadway playwright.