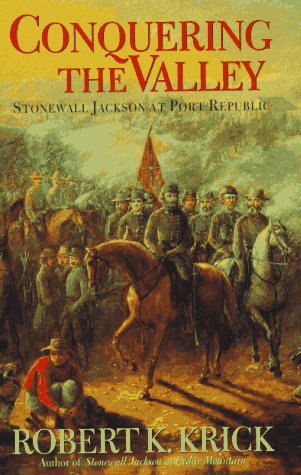 Robert K. Krick is the author of fourteen books on the American Civil War, including Stonewall Jackson at Cedar Mountain, winner of the Douglas Southall Freeman Prize.

Krick (Stonewall Jackson at Cedar Mountain) makes another significant contribution to Civil War operational history with this definitive account of the battles of Cross Keys and Port Republic. Fought June 8-9, 1862, they determined the ultimate success of Stonewall Jackson's Valley Campaign, freeing him to move to Robert E. Lee's aid in thwarting George McClellan's advance on Richmond. These battles also solidified Jackson's reputation as a military genius, though their outcomes also reflected the incompetence of Union generals James Shields and John C. Fremont. Krick's exhaustive use of Union and Confederate primary sources, many unpublished, demonstrates as well the tactical difficulties faced by armies whose citizen-soldiers and officers were still in large part substituting courage for skill. The author's detailed attention to the human dimension of Civil War battle, including the horrors of being wounded, is facilitated by the small scale of the fighting and makes this work particularly valuable for all collections. Photos not seen by PW.
Copyright 1996 Reed Business Information, Inc.