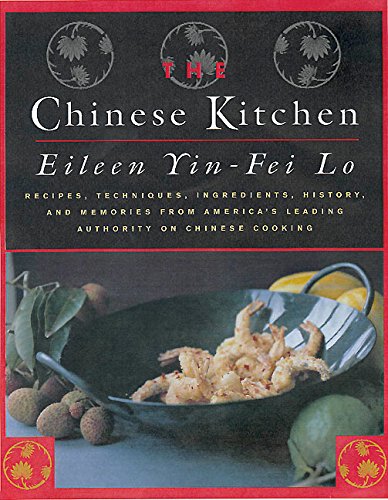 Eileen Yin-Fei Lo, author of award-winning cookbooks, menu developer for top Asian restaurants, and cooking teacher, presents her life's work. Reflecting on her life in food, including her childhood in Canton, China, where she learned to cook at her grandmother's side, Eileen has created an exhaustive cookbook of extensive scope. Everything about Chinese cooking has cultural significance, and much of what Eileen talks about in this book has never appeared in print before in the English language.

There are more than 250 recipes in all, including many classic banquet-style recipes, quite a number presented for the first time in the traditional manner, from Peking Duck to Beggar's Chicken. Dozens of the techniques for preparing these elaborate recipes are shown in full-color photographs in the color insert as well. Eileen also includes many of her own creations, such as infused oils and rich, flavorful stocks, essential for cooks who are serious about mastering the ancient art of Chinese cooking.

Everything is here: dim sum, congees, stir-fries, rice dishes, noodles, bean curd, meat dishes, and more. For anyone who loves Asian cuisines, this is the ultimate cookbook, and for cookbook lovers and aspiring food professionals, this is required reading.

In this unique book, Eileen Yin-Fei Lo delves richly into Chinese cuisine, reflecting in its complexity the nation's culture, history, geographic diversity, and philosophies of health and living. Regardless of how many Chinese cookbooks you already own, The Chinese Kitchen is sure to bring you new information and recipes. And no one else can offer the intriguing family recipes she includes, such as her mother's lean, steamed loin of pork marinated in ginger juice and oyster sauce.

Lo grew up in Canton (now Guangzhou). Her stories about her visits with Ah Paw, her maternal grandmother, become lessons she shares with us. Lo learned about cooking and received much wisdom from this sparrow of a woman, whose feet were bound, in the old way, when she was a child, to keep them four inches long, but who fiercely brought her daughter and granddaughter into modern times. She also taught Lo about Confucius and the ancient traditions such as the Seven Necessities of rice, tea, oil, salt, soy sauce, vinegar, and firewood.

When Lo talks about ingredients in the "Chinese Larder" chapter, she provides Chinese characters in the margin that can be photocopied so you can show them at stores to be sure you get the right ingredients. Familiar recipes in The Chinese Kitchen, from Orange Beef to Moo Shu Pork, are followed by more exotic choices such as Shrimp Stir-Fried with Garlic Cloves and Hakka Bean Curd, stuffed with dried shrimp and lightly fried. An entire chapter is devoted to Buddha Jump over the Wall, a kind of a Chinese Babette's Feast. This special recipe from the Fuzhou region requires two days to make and calls for 28 ingredients, mercifully not including the fish lips, duck gizzards and other items used in the true Fuzhou version but which Westerners generally shun. This robust, country dish, combining chicken, duck, ham, and lamb in a kind of pot-au-feu, is so alluring that supposedly the Buddha himself, a vegetarian, could not resist it. It provides insight into Chinese cooking at its most complex.

Fans of Chinese tea will delight in the chapter devoted to this revered beverage. For everyone, simply reading The Chinese Kitchen will enhance enormously the pleasure of dining out in Chinese restaurants. --Dana Jacobi

Eileen Yin-Fei Lo was born in Sun Tak, in Canton, China, and moved to the U.S. in 1959. She is a member of the IACP, Les Dames d'Escoffier, and the International Association of Women Chefs and Restaurateurs. She lives with her husband and Gourmet magazine columnist, Fred Feretti, in Montclair, New Jersey.