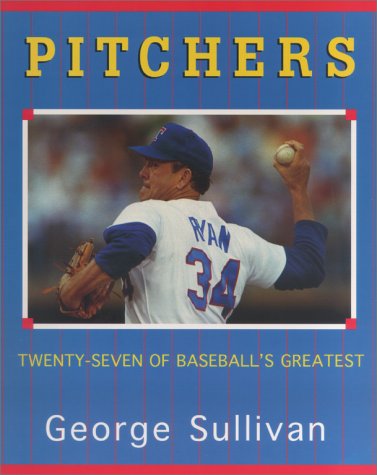 Did you know that: Roger Clemens of the Red Sox set an all-time record by striking out 20 batters in a 9-inning game. Nolan Ryan hurled fastballs at speeds of over 90 miles per hour, was the first pitcher with back-to-back 300-strikeout seasons, and holds the career record of 5,668 strikeouts. Tom Seaver's partly chewed toothpick sold for $400 at an auction. Bob Gibson holds the lowest earned run average in history, 1. 12, for a 300inning season. Don Drysdale pitched six consecutive shutouts on his way to a record 58 2/3 consecutive scoreless innings. Whitey Ford won more World Series games -- ten -- than any other pitcher in baseball history. At the age of 42 Satchel Paige was the first African-American pitcher in the American League, and at the age of 59, the oldest player in a major league game. The indomitable Cy Young won 511 major-league games and pitched a lifetime record of 7,377 innings, more than any pitcher in baseball history. Read about twenty-seven of the best (and most famous) pitchers in the history of the game. See how each outstanding player contributed to the art of pitching. Enjoy a close-up look from one at the most popular sports writers in America at the fascinating world of professional baseball!

Buy Used
Condition: Good
Good condition. A copy that has... Learn more about this copy

Book Description Condition: Good. Good condition. A copy that has been read but remains intact. May contain markings such as bookplates, stamps, limited notes and highlighting, or a few light stains. Seller Inventory # U07F-01404

Book Description Paperback. Condition: Good. Item is in good condition. Some moderate creases and wear. This item may not come with CDs or additional parts including access codes for textbooks. Might be an ex-library copy and contain writing/highlighting. Photos are stock pictures and not of the actual item. Seller Inventory # DS-0689824548-3