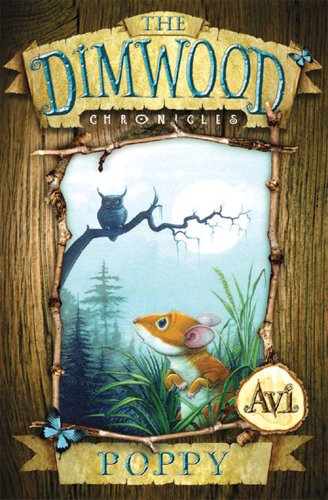 It's not always easy being brave - especially if you are a deer mouse and only six inches long (and three inches of that is your tail!). Nevertheless, Poppy, with her beautiful orange-brown fur, dark round eyes and pink toes is forced to become braver than any other mouse. She and her family live in an old house on the edge of the sprawling, sinister Dimwood Forest. They are ruled over by Mr Ocax, a great horned owl who dwells in Dimwood. But the mice are not just his subjects - they are also the main ingredients of his dinner...This is the journey of one small mouse into a big, dark forest: a journey of courage and self-discovery.

Avi has written over forty-five highly acclaimed books ranging from fantasies to sports stories, from tales of suspense and terror to historical adventure. In 2003 Avi won the Newbery Medal for Crispin.

Shipping: US$ 14.98
From United Kingdom to U.S.A.
Destination, rates & speeds

Shipping: US$ 22.47
From United Kingdom to U.S.A.
Destination, rates & speeds

Shipping: US$ 56.18
From United Kingdom to U.S.A.
Destination, rates & speeds