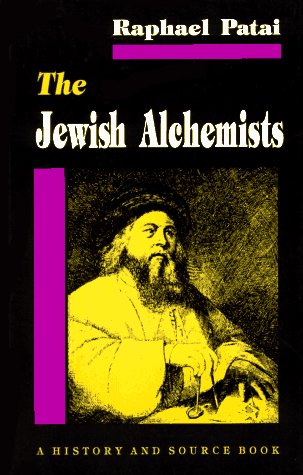 In this monumental work, Raphael Patai opens up an entirely new field of cultural history by tracing Jewish alchemy from antiquity to the nineteenth century. Until now there has been little attention given to the significant role that Jews played in the field of alchemy. Here, drawing on an enormous range of previously unexplored sources, Patai reveals that Jews were major players in what was for centuries one of humanity's most compelling intellectual obsessions.

A long and quirky look at 1,800 years of minimal Jewish involvement with a pseudoscience, adding little of use either to Jewish history or to the history of science. As he did with The Hebrew Goddess (not reviewed), Patai offers an oxymoronic title and a strained thesis: in this case, that Jews played a major role in the pursuit of the chimerical science of alchemy. While he admits that a only tiny minority of alchemists were Jews, Patai goes on to suggest--but never to prove--that ``the [Jewish] people at large may have believed in the reality of alchemy.'' He dredges up the belief of Hellenist and Muslim adepts of the early Middle Ages that biblical figures were alchemists. Such claims regarding the patriarch Jacob, for example, merely rest on his longevity (a prime alchemical goal) and the mention of a stone on which he props his head (inexplicably associated with the philosopher's stone). With an assortment of obscure charts, tables, and doctrines, the book moves from centuries of Hellenist and Muslim domination of alchemy (with only a Jew or two on the periphery) to 14th-century European Christendom. Apparently the only legitimate reason to connect Judaism to alchemy is that a few curious Jews recorded the ``science'' of their time in Hebrew and ``saved originally non-Jewish alchemical writing for posterity.'' Instead of attempting to establish a link between alchemy and Judaism, Patai might have explored centuries of Christendom's superstitious association of Jews with magical, esoteric, and dark arts. Moreover, he doesn't back up his claim that medieval alchemists were ``the forerunners of modern chemistry,'' so we can't even salvage something for the history of science from this wasteland of bizarre and rather useless information. The real alchemy here is the magical way academics can turn a simple thesis into a 587-page book and a gold mine of research grants. -- Copyright ©1994, Kirkus Associates, LP. All rights reserved.