Items related to The French Navy and American Independence: A Study...

Dull, Jonathan R. The French Navy and American Independence: A Study of Arms and Diplomacy, 1774-1787

The French Navy and American Independence: A Study of Arms and Diplomacy, 1774-1787 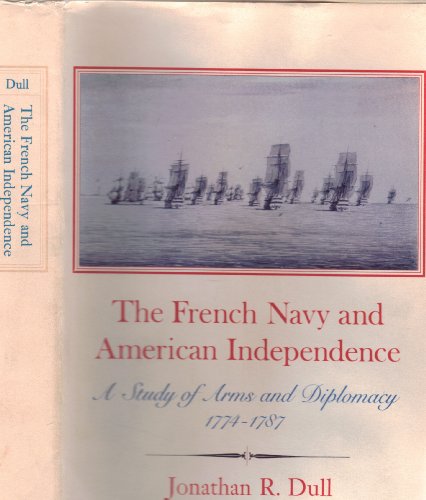 Military history is an essential component of wartime diplomatic history, Jonathan R. Dull contends, and this belief shapes his account of the French navy as the means by which French diplomacy helped to win American independence. The author discusses the place of long-range naval requirements in the French decision to aid the American colonists, the part played by naval rivalry in the transition from limited aid to full-scale war, and the ways naval considerations affected French wartime diplomacy. His book focuses on military strategy and diplomatic requirements in a setting in which military officers themselves did not participate directly in decision-making, but in which diplomats had to take continual account of military needs.

Since military action is a means of accomplishing diplomatic goals, even military victory can prove hollow. The author examines the American war not as a successful exercise of French power, but rather as a tragic failure based on economic and political miscalculations. Among the questions he asks are: What relationship did the war bear to overall French diplomacy? What strains did the limited nature of the war impose on French diplomacy and war strategy? How did the results of the war relate to the objectives with which France entered the conflict?