Items related to Papers from the Eranos Yearbooks, Eranos 3: Man and... 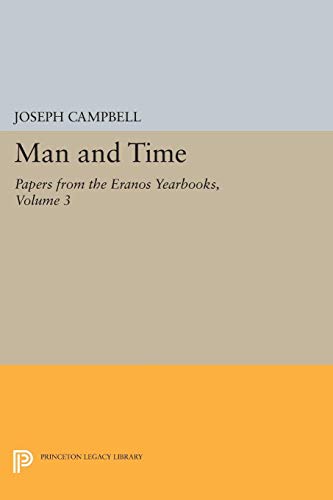 The Princeton Legacy Library uses the latest print-on-demand technology to again make available previously out-of-print books from the distinguished backlist of Princeton University Press. These paperback editions preserve the original texts of these important books while presenting them in durable paperback editions. The goal of the Princeton Legacy Library is to vastly increase access to the rich scholarly heritage found in the thousands of books published by Princeton University Press since its founding in 1905.

Book Description Princeton University Press 1957-12-21, 1957. Hardcover. Condition: Very Good. Item is in very good condition. If supplemental codes/CDs for textbooks are required please contact us prior to purchasing as they may be missing. Seller Inventory # DS-0691097321-2

3. Man and Time Papers from the Eranos Yearbooks (Bollingen Series)