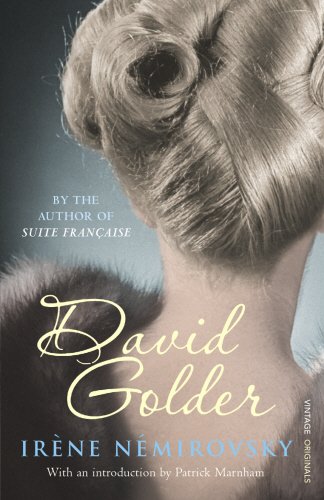 Russian emigre and novelist Irene Nemirovsky tells the story of a ruthless financier who has risen from poverty in Russia to a controlling position in the international oil business. First published in 1929. Translated from the French by Sandra Smith.

Born in Kiev in 1903, Irène Némirovsky fled the Russian Revolution for France where she became an acclaimed novelist. She wrote over 10 novels, including an unfinished magnum opus Suite Française which was published posthumously in France in 2004 and has become an international bestseller. She died in Auschwitz in 1942.

Praise for the first edition of David Golder:
"The work of a woman who has the strength of one of the masters like Balzac or Dostoyevsky"
–New York Times, 1930

"All Némirovsky’s talent is apparent in her first novel: her pitiless gaze and her generous heart ... Suite Française may take the crown, but her other works confirm that she was not simply the chronicler of June 1940, but a writer with a very broad canvas who has finally found her place in the history of literature."
–Lire

"A novelist of the very first order, perceptive to a fault and sly in her emotional restraint."
–Evening Standard