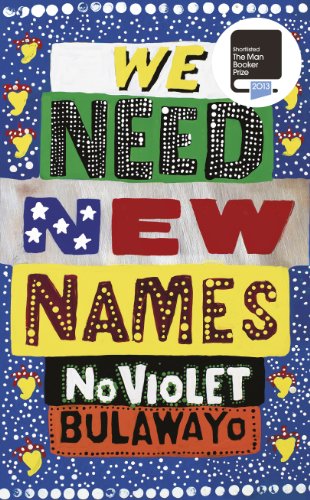 * Shortlisted for the Man Booker Prize 2013* * US National Book Award 5 Under 35 * * Winner of the Etisalat Prize 2014* * Winner of the Hemingway Foundation/PEN Award 2014* * Winner of a Betty Trask Award 2014* `To play the country-game, we have to choose a country. Everybody wants to be the USA and Britain and Canada and Australia and Switzerland and them. Nobody wants to be rags of countries like Congo, like Somalia, like Iraq, like Sudan, like Haiti and not even this one we live in - who wants to be a terrible place of hunger and things falling apart?' Darling and her friends live in a shanty called Paradise, which of course is no such thing. It isn't all bad, though. There's mischief and adventure, games of Find bin Laden, stealing guavas, singing Lady Gaga at the tops of their voices. They dream of the paradises of America, Dubai, Europe, where Madonna and Barack Obama and David Beckham live. For Darling, that dream will come true. But, like the thousands of people all over the world trying to forge new lives far from home, Darling finds this new paradise brings its own set of challenges - for her and also for those she's left behind.

NOVIOLET BULAWAYO was born in Tsholotsho a year after Zimbabwe's independence from British colonial rule. When she was eighteen, she moved to Kalamazoo, Michi-gan. In 2011 she won the Caine Prize for African Writing; in 2009 she was shortlisted for the South Africa PEN Studzinsi Award, judged by JM Coetzee. Her work has appeared in magazines and in anthologies in Zimbabwe, South Africa and the UK. She earned her MFA at Cornell University, where she was also awarded a Truman Capote Fellowship, and she is currently a Stegner Fellow at Stanford University in California. We Need New Names is her first novel. In 2013 it was shortlisted for the Man Booker Prize.

In Bulawayo’s engaging and often disturbing semiautobiographical first novel, 10-year-old Darling describes, with childlike candor and a penetrating grasp of language, first, her life in Zimbabwe during its so-called Lost Decade and then her life as a teenager in present-day America. What is at once delightful and disturbing is the fact that young Darling and her friends are so resilient amidst chaos. Darling must cope with absentee parents gone to who-knows-where, seeking jobs and a better life; abusive adults; and murdering bands of self-appointed police in a country gone horribly wrong. Yet she evinces a sense of chauvinism regarding her corrupt homeland when she joins her aunt in America. There she discovers a country that has fallen into a different kind of chaos, primarily economic. She and her new family struggle while America fails to live up to her hopes. Ultimately what lingers is Bulawayo’s poignant insights into how a person decides what to embrace and what to surrender when adapting to a new culture in a new land. --Donna Chavez

Shipping: US$ 35.16
From United Kingdom to U.S.A.
Destination, rates & speeds

Shipping: US$ 32.35
From United Kingdom to U.S.A.
Destination, rates & speeds