Items related to His Lordship's Pleasure 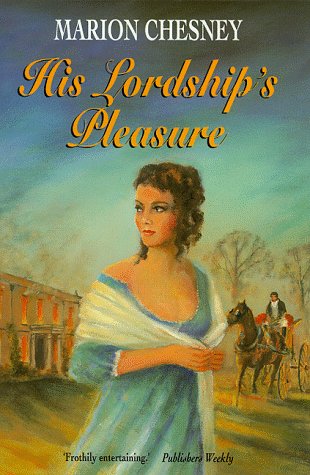 A skillfully woven and highly entertaining historical romance. - - Annabelle Carruthers can only dream of being kissed by a man as dashing as Lord Darkwood. She remains locked in misery - married to a rakish drunk who gambles their lives into financial and social ruin. His sudden death - and rumors of spies and treachery - only make matters worse. Burdened with gambling debts, Annabelle fears she is on her way to the poorhouse. The only solution she can see is to offer herself up as mistress to the mysterious Lord Darkwood! Darkwood, however, is too much of a gentleman to take advantage of a lady such as Annabelle. Still, he is quite interested in rumors of her husband's espionage - a curiosity that will soon place them both in grave danger.

M. C. Beaton (aka Marion Chesney) has won international acclaim for her bestselling Hamish Macbeth mysteries and the Agatha Raisin mystery series. She is also the author of more than one hundred romance titles and a series of romantic suspense novels, the Edwardian Mystery series. Born in Scotland, she now divides her time between Paris and the English Cotswolds.

Book Description Robert Hale Ltd, 1999. Hardcover. Condition: Good. Ex-Library Book. Has usual library markings and stamps inside. All orders are dispatched the following working day from our UK warehouse. Established in 2004, we have over 500,000 books in stock. No quibble refund if not completely satisfied. Seller Inventory # mon0004608315

Shipping: US$ 7.42
From United Kingdom to U.S.A.
Destination, rates & speeds

Book Description Paperback. Condition: Very Good. The book has been read, but is in excellent condition. Pages are intact and not marred by notes or highlighting. The spine remains undamaged. Seller Inventory # GOR005097992

Shipping: US$ 19.83
From United Kingdom to U.S.A.
Destination, rates & speeds