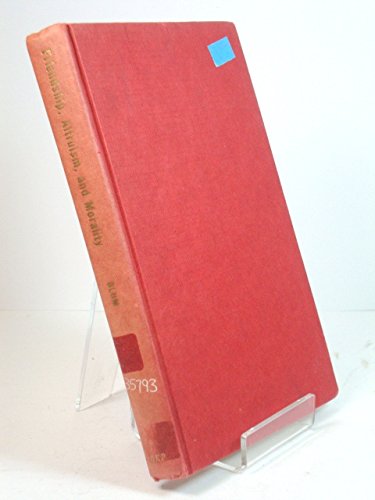 Friendship, Altruism, and Morality, originally published in 1980, gives an account of "altruistic emotions" (compassion, sympathy, concern) and friendship that brings out their moral value. Blum argues that moral theories centered on rationality, universal principle, obligation, and impersonality cannot capture this moral importance. This was one of the first books in contemporary moral philosophy to emphasize the moral significance of emotions, to deal with friendship as a moral phenomenon, and to challenge the rationalism of standard interpretations of Kant, although Blumâ€™s "sentimentalism" owes more to Schopenhauer than to Hume. It was a forerunner to care ethics, and feminist ethics more generally; to virtue ethics; and to subsequent influential interpretations of Kant that attempted to room for altruistic emotion and friendship, and other forms of particularism and partialism. In addition, the work has been widely influential in religious studies, political theory, bioethics, and feminist ethics.

'It must be a rare honour for a new book in philosophy to be noticed in the news pages of The Sunday Times; Professor Blum’s book was hailed there, as marking a revolution in moral philosophy, shortly after its publication; and while it is, I think, rather less revolutionary than The Sunday Times believed, or than its author sometimes suggests, it deserves to be warmly welcomed and widely read.

The detailed argument of the book is impressive and interesting, and ought to persuade anyone who still needs persuading of the inadequacy of a strictly Kantian account ...of morality as such. Blum shows himself to be more sensitive than many to the complex and varied realities of moral life and thought, and to the richness and subtlety of our moral concepts: for his aim is not to replace the Kantian account with an alternative general account of the essential and universal features of morality, but rather to exhibit the irreducible variety of moral thought and motivation.' - Philosphical Quarterly

'It displays well the strong reasons against treating human beings for moral purposes as simply incarnate intellects, and for taking seriously the contributions of our very complex affective life to our moral capacities.' - Mary Midgely, Encounter

Book Description Routledge & Kegan Paul Books, 1980. Condition: Good. aFirst Edition First Printing. Shows some signs of wear, and may have some markings on the inside. Seller Inventory # GRP76212073

Book Description Routledge & Kegan Paul, 1980. Condition: Good. A+ Customer service! Satisfaction Guaranteed! Book is in Used-Good condition. Pages and cover are clean and intact. Used items may not include supplementary materials such as CDs or access codes. May show signs of minor shelf wear and contain limited notes and highlighting. Seller Inventory # 0710005822-2-4

Book Description Routledge & Kegan Paul Books, 1980. Condition: Good. This is an ex-library book and may have the usual library/used-book markings inside.This book has hardback covers. In good all round condition. Dust Jacket in fair condition. Please note the Image in this listing is a stock photo and may not match the covers of the actual item,550grams, ISBN:0710005822. Seller Inventory # 8208821

Shipping: US$ 9.40
From United Kingdom to U.S.A.
Destination, rates & speeds

Book Description Routledge & Kegan Paul Books, 1980. Hardcover. Condition: Good. WE ARE PROCESSING ORDERS AS NORMAL DURING THIS VIRUS EPIDEMIC, ALL ITEMS ARE SENT BY ROYAL MAIL. DISPATCHED FROM THE UK WITHIN 24 HOURS ( BOOKS ORDERED OVER THE WEEKEND DISPATCHED ON MONDAY) BY ROYAL MAIL. ALL OVERSEAS ORDERS SENT BY AIR MAIL. WE ALSO ACCEPT PAYMENT IN US DOLLARS OR EURO BY BANK TRANSFER. Seller Inventory # mon0000672604

Shipping: US$ 11.61
From United Kingdom to U.S.A.
Destination, rates & speeds

Book Description Routledge & Kegan Paul Ltd, London, 1980. Hardcover. Condition: Good. Ex Library hardcover (no jacket) in good condition. The hardcover is lightly sunned and edgeworn, with bumps to the spine ends and one or two leading corners. Residue and shelfmark on the spine. Sticker on front board. Label remains on FEP; stamp and pen on title page. Minor pen mark on page 5; light marks on a few pages. The binding is sound; all content is clear. CM. Used. Seller Inventory # 471945