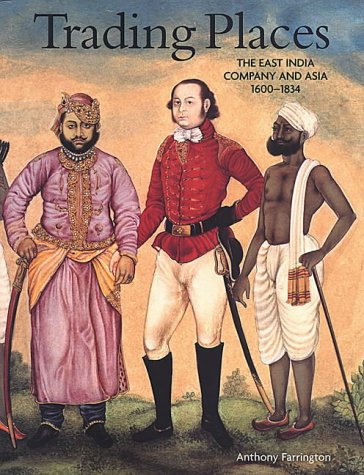 The British merchants who began trading with Asia in the late 1500s found a sophisticated and thriving trading community. Goods were manufactured and traded on a scale never seen in Europe, and Britain discovered a wealth of products imported from these lands including silks, porcelain, tea, herbs and spices, wallpaper, and furniture. The East India Company was founded in 1600 to consolidate and exploit these markets, and over its history grew from a loose association of Elizabethan tradesmen into 'the grandest society of merchants in the universe.' As a commercial enterprise it came to control half the world's trade and as a political entity it administered an embryonic empire. Without it there would have been no British India and no British Empire.

This highly illustrated new book examines the history of trading with Asia, drawing on the extensive collections of The British Library, the prime holder of the documentary legacy of the East India Company. The book shows the human cost of creating this early 'global market' and how the British trading companies' activities displayed some of the worst aspects of colonialism. On the positive side, the book presents the importance of Asia in the making of Europe, celebrates the cultural exchange which took place through trade in Asia, and examines the continuing influence of Asian culture on British life today.

Anthony Farrington retired recently as head of the India Office Records, The British Library. He has written several important historical reference books, including The English Factory in Japan.

Book Description The British Library Publishing Division, 2002. Soft cover. Condition: New. No Jacket. 1st Edition. 24.5 by 19cm., 128pp., numerous colour and black and white plates. This book examines the history of trading with Asia, drawing on the extensive collections of the British Library, the prime holder of the documentary legacy of the East India Company. Seller Inventory # ABE-1539554983794

Shipping: US$ 5.35
From United Kingdom to U.S.A.
Destination, rates & speeds