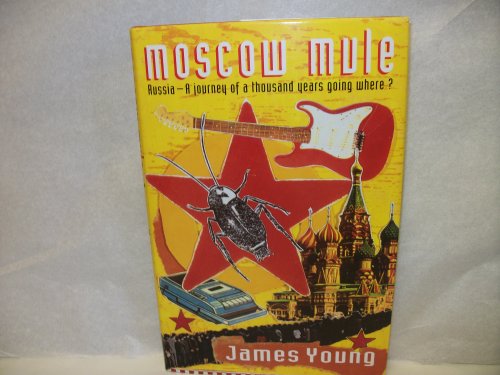 An account of an ambitious but doomed attempt to promote rock and roll concerts in Moscow. The author, travelling with a band of misfits, each with a hidden agenda, anticipates that the journey can only end in triumph or tragedy.

James Young was born in Oldham. He has tried his hand at a number of careers, including working in a cotton mill and as a car park attendant. In the early 80s he abandoned a promising academic future at Oxford to become Nico's piano player, after which he wrote his first book - a biographical account of the eight years he spent with the doomed Warhol chanteuse. Moscow Mule is his second book.

Book Description Century, 1996. Hardcover. Condition: Used; Good. **Simply Brit** Shipped with Premium postal service within 24 hours from the UK with impressive delivery time. We have dispatched from our book depository; items of good condition to over ten million satisfied customers worldwide. We are committed to providing you with reliable and efficient service at all times. Seller Inventory # 1317254

Book Description Century, 1996. Condition: Fair. This book has hardback covers. Ex-library, With usual stamps and markings, In fair condition, suitable as a study copy. Please note the Image in this listing is a stock photo and may not match the covers of the actual item,500grams, ISBN:0712660054. Seller Inventory # 3784687

Book Description Century 1997-10-01, 1997. Hardcover. Condition: Good. Item is in good condition. Some moderate creases and wear. This item may not come with CDs or additional parts including access codes for textbooks. Might be an ex-library copy and contain writing/highlighting. Seller Inventory # DS-0712660054-3

7. MOSCOW MULE: RUSSIA-A JOURNEY OF A THOUSAND YEARS GOING WHERE?