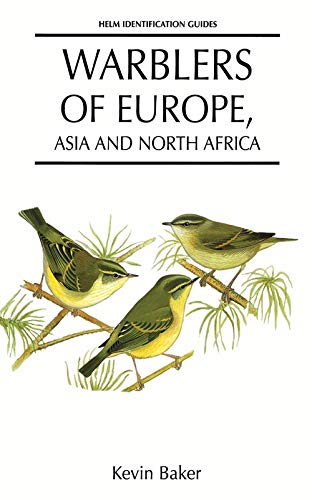 Many warblers are notoriously difficult to identify. This guide covers 145 species, covering all aspects of identification. The text includes sections on moult, voice, habitat and behaviour, distribution and measurements. Colour plates and a distribution map are provided for all the species.

Warblers are the archetypal "little brown birds" that pose so many identification problems for birdwatchers. These problems are sometimes complicated by the fact that not all warblers are brown and small; some are brightly colored and relatively large. Jeff Baker helps novices and experts alike to steer away from such confusion in a unique book covering all old world warblers in Europe and Asia. The book describes in detail 145 species, including all aspects of identification and those species that are likely to be confused with one another. Sections on geographical variation, moult, voice, habitat and behavior, distribution, and measurements complete the guide, together with forty eight color plates and numerous line drawings presenting every species and 140 color distribution maps showing breeding and wintering ranges.

Very few books have covered Asia in such detail, and none until now has brought together all the warblers of Europe and Asia in one place. Groups and species such as prinias and tailor birds are described extensively as never before. Warblers of Europe and Asia also presents warblers new to science and brings us up to date on the latest thinking on taxonomic treatment.

Kevin Baker currently works for the British Trust for Ornithology as a licensing officer in a ringing unit and is the author of Identification Guide to European Non-Passerines. Over the last ten years he has focused on warblers, undertaking several expeditions in Israel, Jordan, and Thailand.