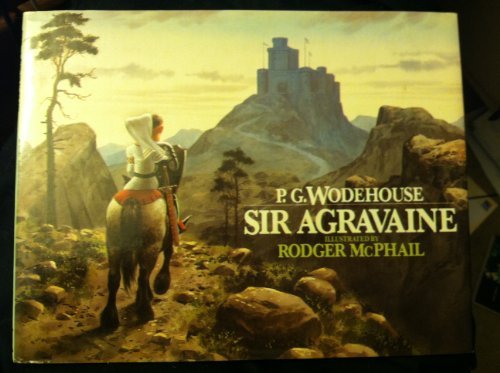 SOME time ago, when spending a delightful week-end at the ancestral castle of my dear old friend, the Duke of Weatherstonhope (pronounced Wop), I came across an old black-letter MS. It is on this that the story which follows is based. I have found it necessary to touch the thing up a little here and there, for writers in those days were weak in construction. Their idea of telling a story was to take a long breath and start droning away without any stops or dialogue till the thing was over. I have also condensed the title. In the original it ran, '"How it came about that ye good Knight Sir Agravaine ye Dolorous of ye Table Round did fare forth to succour a damsel in distress and after divers journeyings and perils by flood and by field did win her for his bride and right happily did they twain live ever afterwards," by Ambrose ye monk.'

Sir Pelham Grenville Wodehouse (P. G. Wodehouse) was an English humorist and writer best known for his Jeeves and Blandings Castle novels. Educated at boarding schools, Wodehouse turned to writing at a young age, demonstrating great skill at humorous sketches and musical lyrics. He continued to write part-time while pursuing, at the behest of his father, a career in banking, and successfully contributed numerous pieces to Punch, Vanity Fair, and The Daily Express, among other publications. In addition to his literary work, Wodehouse was incorporated into the Songwriters Hall of Fame in recognition of his collaboration with Cole Porter on Anything Goes, his lyrics to the song Bill from Show Boat, and his work on the musicals Rosalie and The Three Musketeers.

While interned along with other British citizens in Germany during the Second World War, Wodehouse made a series of radio broadcasts for which he was accused of being a collaborator; and, although later cleared of the charges, he never returned to England. His work has influenced many other writers including Evelyn Waugh, Rudyard Kipling, J. K. Rowling, and John Le Carr?. P. G. Wodehouse died in 1975 at the age of 93.