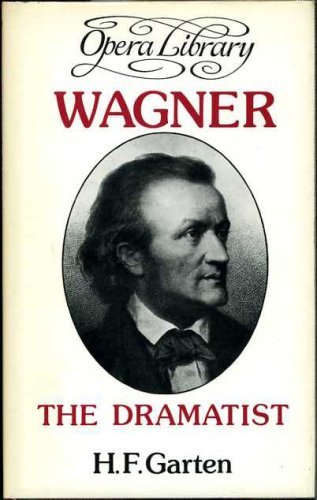 Richard Wagner has fascinated every generation of opera-lovers for over a century, and a mass of literature has interpreted and reinterpreted not only his character, but also the components of the great music dramas that are still some of the most captivating and complex operas in the international repertory today. In this excellent study, Garten examines the cultural and historical sources of these operas: the myths and legends that Wagner employed, in which much of his works’ interest, other than the purely musical, can be found. Garten’s study also shows how legends of the old Nordic gods, the troubadours and Minnesingers, the quest for the grail, as well as stories taken from folklore and history, were transformed into the theatrical mythology of Wagner’s music dramas.

A writer, translator and editor, H.F. Garten (1904–75) was educated at the Universites of Jena, Vienna, Berlin and Heidelberg. He taught at New College School, Oxford and Westminster School, before working as a lecturer at the Universities of Surrey and London.

Book Description Publisher Not Specified, 1977. Condition: Good. This is an ex-library book and may have the usual library/used-book markings inside.This book has hardback covers. In good all round condition. Dust Jacket in fair condition. Please note the Image in this listing is a stock photo and may not match the covers of the actual item,450grams, ISBN:0714536202. Seller Inventory # 5316614

Shipping: US$ 15.62
From United Kingdom to U.S.A.
Destination, rates & speeds