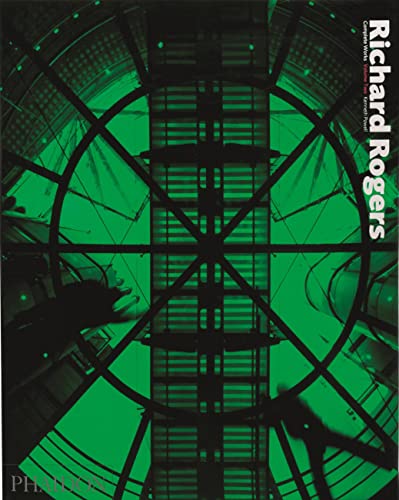 This second volume of the complete works of Richard Rogers examines the work of the Richard Rogers Partnership from 1987 to 1992, picking up from the highly acclaimed Volume 1, published in 1999. Following the completion of the Lloyd's Building came expansion for the firm, a new office in Tokyo, and a large number of competitions and schemes, much of which remains unbuilt. Over fifty projects are featured in the book, including competition schemes for Terminal 5 at Heathrow Airport and the Tokyo International Forum and buildings such as Channel 4 headquarters, the Strasbourg Court of Human Rights, 88 Wood Street and the Bordeaux Law Courts.

In a series of essays throughout the book, Ken Powell discusses 'Continuity and Expansion' within the Rogers office, different topical subjects applicable to the architecture 'Low-Energy Buildings', 'Masterplanning and the City' and concludes with a review of the work of more recent years.

The first volume of his complete works, which covers the period 1961-88, this book features all of Roger's early work. The author has talked to all the principal figures in Roger's developing career and presents a portrait of the teamwork and philosophy involved in producing the buildings during this period, including collaborative projects from Yale, with Norman Foster and Team 4, his partnership with Su Rogers and Renzo Piano, through to the ethos and philosophy of his present practice, the Richard Rogers Partnership.

Kenneth Powell is an architectural critic, journalist and author of many books. He contributed to Structure, Space and Skin: The Work of Nicholas Grimshaw & Partners (Phaidon, 1993) and has written extensively on the work of Richard Rogers, including Richard Rogers Complete Works Volume One and Three (Phaidon, 1999 and 2006) and Lloyd's Building: Richard Rogers Partnership (Phaidon, 1994).