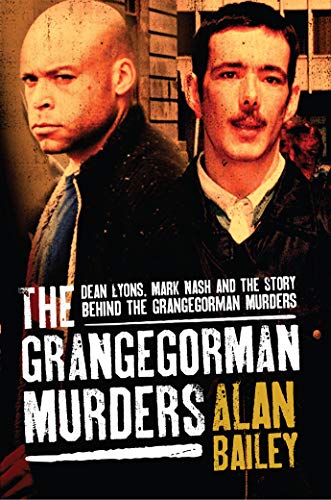 On the morning of 7 March 1997 the bodies of two elderly female psychiatric patients were discovered in their sheltered accommodation at Grangegorman in Dublin. Both had suffered horrific injuries. Pressure on the Gardai to solve the crime grew, fuelled by a report from behavioral analysts who suggested that the perpetrator would re-offend. On 26 July, one of the suspects, Dean Lyons, a heroin addict, had, during the course of routine interview, made a number of admissions to the murders. The charges were laid despite the voiced opposition of three experienced investigators involved in the investigation because of Dean's mental instability, one of them the author of this book. Following two further similarly brutal murders in Roscommon a few months later, Mark Nash was arrested. He admitted to the Roscommon killings and also admitted to the Grangegorman murders. Certain senior Gardai, however, continued to insist that Dean was the real perpetrator. He remained in custody until finally the charges against him were withdrawn. He spent months in jail for a crime he did not commit. A Garda Commissioner eventually issued a public apology to the Lyons family. Unfortunately, Dean Lyons did not live to receive the apology himself as he died from a heroin overdose in 2000. Over fifteen years later Nash will finally stand trial for the Grangegorman murders. This is a fascinating and tragic story behind ""the most brutal murders in Irish criminal history"".

Alan Bailey is a retired member of the Garda Siochana where he was in charge of the Garda Cold Case Unit. He also spent 13 years working as National Coordinator for the specialist task force, Operation T.R.A.C.E which focused on some of Ireland's most profile missing persons cases. Alan lives in Dublin with his wife and has three children and five grandchildren. Since retiring he has devoted himself to caring for the homeless and marginalised in our society and also writes a column for the Sunday World. The Grangegorman Murders is his second book. His first, Missing, Presumed (Liberties Press) was a bestseller.

1. The Grange Gorman Murders: Dean Lyons, Mark Nash and the Story Behind the Grangegorman Murders

Book Description Paperback. Condition: Very Good. The book has been read, but is in excellent condition. Pages are intact and not marred by notes or highlighting. The spine remains undamaged. Seller Inventory # GOR007069271

2. The Grange Gorman Murders: Dean Lyons, Mark Nash and the Story Behind the Grangegorman Murders

Book Description Paperback. Condition: Good. The book has been read but remains in clean condition. All pages are intact and the cover is intact. Some minor wear to the spine. Seller Inventory # GOR008679371

Shipping: US$ 24.90
From United Kingdom to U.S.A.
Destination, rates & speeds