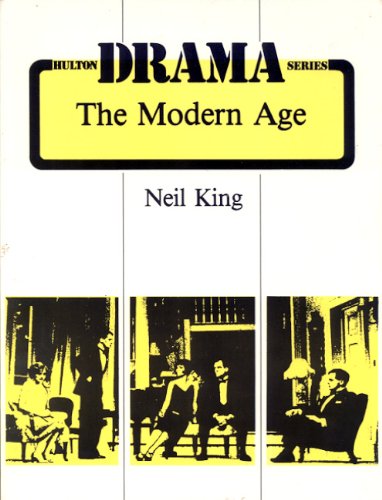 ea. vol: photogs. (Drama Series). Hulton, dist. by Dufour. Dec. 1985. pap. $8.95. LC number unavailable. YA Teachers and students of English, history and drama will find this British series useful. The textbook-type format is essentially the same for all seven volumes, which can be used independently or together. Classical Beginnings is divided into coverage of Greek and Roman drama. Following a concise, readable overview are period scenes preceded by a brief critical analysis of plot and style, a list of characters and staging notes. Mystery and Morality includes medieval mystery plays, morality plays and Tudor interludes. The next two volumes deal with Elizabethan tragedy and comedy. Shakespeare has been omitted from the texts ``in order to demonstrate how good were the plays of his contemporaries. . . .'' This brief background of drama in a much studied period will surely suggest topics and areas of interest for further research. Rakes and Rogues begins with the Restoration and goes on to the rise of sentimental comedy and domestic tragedy in the 18th Century. The failure of romantic poetic tragedy in England and the rise of the melodrama begins the study of The Victorian Scene , which ends with the movement toward realism. Some may view the exclusion of American drama in The Modern Age as a weakness in the series. This volume, in addition to the basic format, includes definitions in ``roughly chronological order'' of the different movements in modern theater. The emergence of the director as an integral part of modern theater is addressed, as are three relatively new methods of presenting dramafilm, television and radio. Black-and-white photos and illustrations are adequate and used liberally throughout the series. Carol P. Clark, Robert E. Lee High School, Springfield, Va.

Book Description Nelson Thornes Ltd, 2004. Paperback. Condition: Used; Good. Dispatched, from the UK, within 48 hours of ordering. This book is in good condition but will show signs of previous ownership. Please expect some creasing to the spine and/or minor damage to the cover. Seller Inventory # CHL5931256

Book Description Paperback. Condition: Very Good. The book has been read, but is in excellent condition. Pages are intact and not marred by notes or highlighting. The spine remains undamaged. Seller Inventory # GOR002824043