Items related to Place in the Forest

Place in the Forest 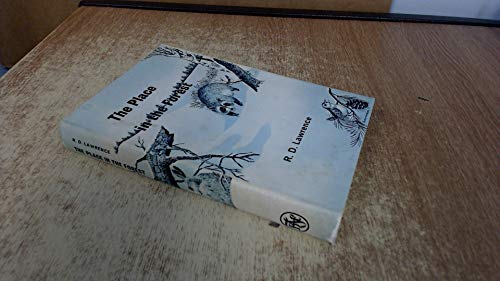 A number of years ago, R.D. Lawrence acquired a patch of Ontario wilderness, soon known as "The Place." Here Lawrence and his wife built a cabin and became immersed in studying the ways of the wild. "The Place" was home to a variety of wildlife, from black bears, wolves, beavers and raccoons through to hawks, snapping turtles and singing mice.

Lawrence’s desire to learn, fuelled by his keen observation, led to his writing about and photographing life within his small corner of the forest – the result being a warm, witty account of change and survival in the natural world.

On a patch of Ontario wilderness that soon came to be known as "The Place," R.D. Lawrence and his wife built a cabin and studied the ways of the wild.

R.D. Lawrence, the son of an English father and a Spanish mother, was born at sea, aboard a British passenger ship sailing in Spanish territorial waters. His early years in Spain and his Spanish Civil War and World War II experiences are well-documented in his autobiography, The Green Trees Beyond.

After taking up residence in Canada in 1954, Lawrence concerned himself with the environment and with the study of wildlife and plants. His contribution to our understanding of nature through his long-term field studies and award-winning publications was significant and continues to receive international acclaim.

The author of twenty-seven books, R.D. Lawrence was published in twenty-six countries and fifteen languages. The author passed away at the age of 82 on November 27, 2003, in the village of Haliburton, Ontario.