Items related to Together 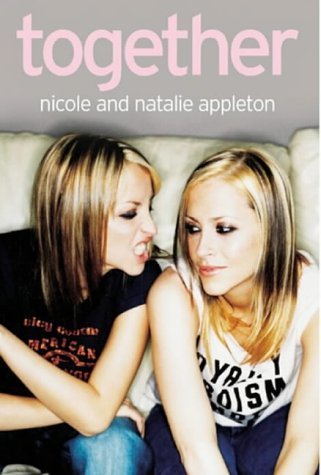 The story of two sisters who landed on Planet Pop and how they survived thanks to each other. Since they first hit the charts in 1997 with the "All Saints", the Appletons have lived, loved and squabbled in the full glare of the tabloids. In this biography they tell of their struggles and successes - the amazing highs of stardom and its dangerous lows. How, despite making records that topped the charts and had the critics cheering, there were tensions in the group from the start, and how the music industry - obsessed with image and control - would put extraordinary pressure on the girls and their loved ones. They talk about the people in their lives, including Robbie Williams, Jamie Theakston and Liam Gallagher. And they explain the unique bonds of love and sisterhood that have kept them together.

Nicole and Natalie Appleton are members of the All Saints, who have sold over 6 million albums worldwide. In January 2001, amid rumour and speculation, the group decided to put everything on hold - but Nicole and Natalie have a deal with record giant Warner Brothers, and are back in the recording studio together.