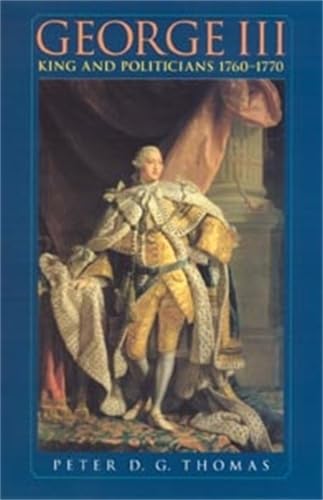 In this fascinating book the author discusses the political story of the first decade of the reign of George III, one of the most controversial figures in modern British history. George III has often been blamed for the loss of Britain’s American colonies in an attempt to restore royal power. Peter D.G. Thomas confirms Namier’s findings that George III was not seeking to advance royal power and throws light on the extent to which a system of party politics existed at the time. Although the structure of British politics revealed by Namier provides the setting for this study, America, India, and Ireland are also considered here as important issues of the time.

"Highly recommended."--J.R. Breihan, Choice
"As a clear, well-written narrative of the high politics of the first decade of George III's reign this book will make a useful contribution to the understanding of the period." -- Stephen Conway, University College London