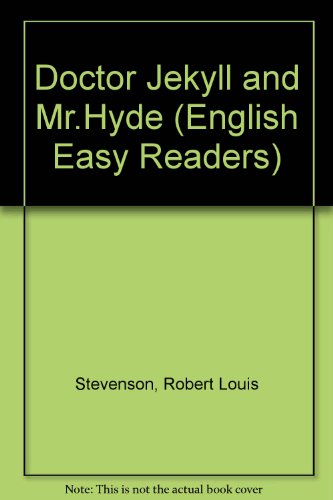 This is one of a series of classic stories retold in very easy English. The whole series comprises one level only, and uses a 500-word vocabulary as formulated for stage 1 of the "Longman Classics" series and stage 1 structures as specified in the "Longman Structural Readers Handbook". There are four pages of exercise material at the end of the text. The "Longman Picture Classics" are designed to be easier and of a lower level than stage 1 "Longman Classics". They are shorter, with less text in larger typeface and with illustrations on every double-page spread. "Dr Jekyll and Mr Hyde" tells the story of Dr Jekyll who is a doctor and scientist. He realises that his character has both a good and evil side to it, and is fascinated by the idea that these two elements could be made into two different people. He discovers a drug which allows him to do just this. He gives his name to the "good" person and calls the evil person "Mr Hyde". The story follows him as Hyde commits worse and worse crimes, until Jekyll fears being discovered and takes his own life.