Items related to House of Bells (The Keys to D'Esperance)

Chaz Brenchley House of Bells (The Keys to D'Esperance)

House of Bells (The Keys to D'Esperance) 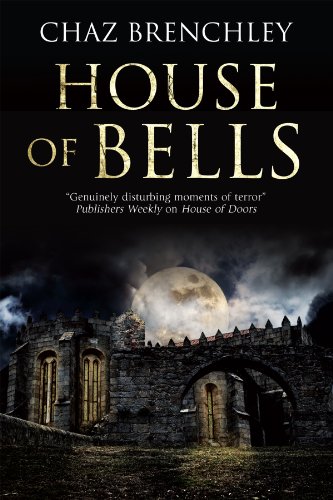 A haunting tale of terror from a master of the genre. - When she is offered an undercover assignment by newspaper editor (and her former lover) Tony Fledgwood, professional party girl Grace Harley jumps at the chance to disappear from London and escape the scandal that threatens to engulf her. Her mission at the great house formerly known as D’Esperance is find out what goes on within this so-called commune and what happened to the journalist originally sent to investigate, who has disappeared without trace. But it’s not long before Grace experiences a series of strange and increasingly menacing incidents . . .

CHAZ BRENCHLEY has been making a living as a writer since he was eighteen. He is the author of nine thrillers, most recently "Shelter" and two fantasy series, "The Books of Outremer" and "Selling Water by the River". As Daniel Fox he has published a Chinese-based fantasy series, beginning with "Dragon in Chains", as Ben Macallan, an urban fantasy, "Desdaemona". A British Fantasy Award winner, he has also published books for children and more than 500 short stories in various genres. His time as crimewriter-in-residence on a sculpture project in Sunderland resulted in the collection "Blood Waters".

1. House of Bells (The Keys to D'esperance)

2. House of Bells (The Keys to D'Esperance)

Shipping: US$ 19.59
From United Kingdom to U.S.A.
Destination, rates & speeds