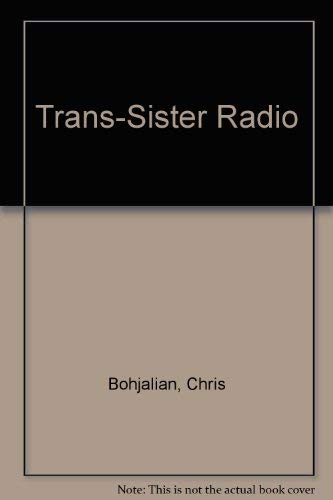 Throughout his life, Dana has known that "he" should really be a "she". After months of therapy and hormone treatment, he decides to take a sabbatical in order to complete his transition. However, just weeks before he is due to start living life as a woman, Dana falls in love with Alison.

From the Inside Flap:
With Trans-Sister Radio, Chris Bohjalian, author of the bestseller Midwives, again confronts his very human characters with issues larger than themselves, here tackling the explosive issue of gender.
When Allison Banks develops a crush on Dana Stevens, she knows that he will give her what she needs most: attention, gentleness, kindness, passion. Her daughter, Carly, enthusiastically witnesses the change in her mother. But then a few months into their relationship, Dana tells Allison his secret: he has always been certain that he is a woman born into the wrong skin, and soon he will have a sex-change operation. Allison, overwhelmed by the depth of her passion, and finds herself unable to leave Dana. By deciding to stay, she finds she must confront questions most people never even consider. Not only will her own life and Carly's be irrevocably changed, she will have to contend with the outrage of a small Vermont community and come to terms with her lover's new body-hoping against hope that her love will transcend the physical.