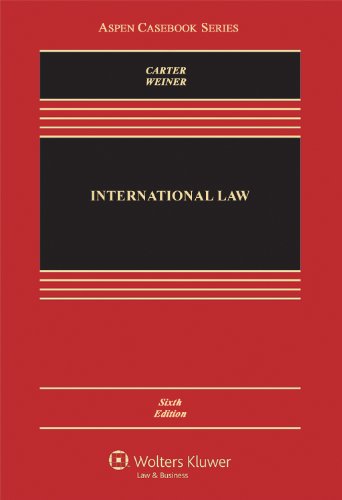 Distinctively accessible in organization and style, International Law offers an adroit selection of excerpted cases and documents, as well as notes, questions, and problems. Interdisciplinary materials introduce a variety of perspectives, such as economics and international relations theory. International Law is an effective blend of current issues and thinking alongside traditional theories and concepts.

Thoroughly revised and updated, the Sixth Edition addresses major developments in international law and new issues and challenges arising from developments in the U.N., U.S., NATO, and other countries with respect to Iran, Afghanistan, Iraq, and North Korea.

A leading casebook in its field, International Law also features: