Items related to A History Of The English Speaking Peoples-Vol I The...

Winston S. Churchill A History Of The English Speaking Peoples-Vol I The Birth Of Britain 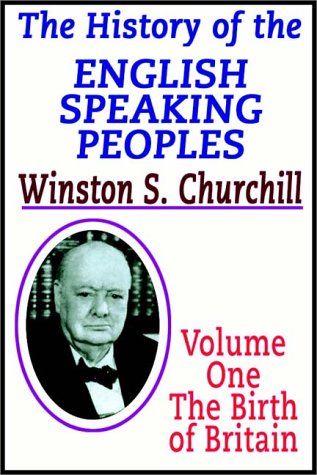 The Birth of Britain is the first volume of A History of the English Speaking Peoples, the immensely popular and eminently readable four-volume work by Winston Churchill. A rousing account of the early history of Britain, the work describes the great men and women of the past and their impact on the development of the legal and political institutions of the English. Indeed, Churchill celebrates the creation of the constitutional monarchy and parliamentary system and the kings, queens, and leading nobles who helped create English democracy.

Winston Churchill (1874-1965) was one of the leading political figures of the twentieth century. Through a long political career that extended from 1900 to 1964, he achieved high-level positions in the British Cabinet. Churchill reached his greatest fame as Prime Minister, most memorably during the Second World War. His "bulldog" personality seemed to personify the British people's will to survive and triumph over the Nazi threat.