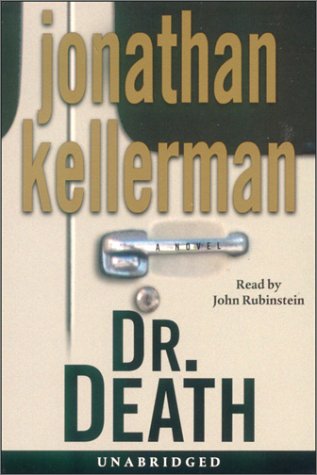 Someone has murdered euthanasia champion Dr. Eldon Mate - a self-styled Dr. Death responsible for scores of assisted suicides. In a burst of bloody irony, the killer chooses to dispatch the doctor in the back of his own suicide van, hooking Mate up to the killing apparatus dubbed the "humanitron" - and adding some butchering touches of his own. The case is assigned to veteran LAPD homicide detective Milo Sturgis, who turns, once again, to his friend Dr. Alex Delaware. But working this case raises a conflict of interest for Alex so profound that he can't even discuss it with Milo, and the tension that develops between cop and psychologist further complicates an already baffling and complex murder investigation.

"This one is headed for the bestseller list." (Publishers Weekly)

Dr. Eldon Mate, a.k.a. Dr. Death, has been the bane of the Los Angeles D.A.'s existence, the bête noir of all opposed to assisted suicide, and the angel of mercy to countless "travelers" who have gone to their reward via Mate's good offices. He's also turned up in the back of his van, attached to his own death-dealing "Humanitron" machine and too far away from most of his blood and a certain external organ.

Enter Milo Sturgis, L.A.'s only openly gay homicide detective, and for the 14th time in 15 years (1985's Edgar-winning When the Bough Breaks through 1999's Monster), enter also his good friend, child psychologist and LAPD consultant Dr. Alex Delaware. Unbeknownst to Sturgis, however, is a potentially case-stymieing doctor-patient conflict of interest. One of Delaware's young patients' mother was either the beneficiary or victim of Dr. Death's services, depending upon your point of view. The father, Richard Doss, is firmly in the latter camp, giving Delaware ample pause:

After hearing the details of the murder, I felt better. The butchery didn't seem like Richard's style. Though how sure of that could I be? Richard hadn't disclosed any more about himself than he'd wanted to. In control, always in control. One of those people who crowds every room he enters. Maybe that had been part of what led his wife to seek out Eldon Mate.

Maybe. But the fact is that there's no shortage of motivated suspects from both within and without the late doctor's circle of influence. And as usual, Jonathan Kellerman (himself a child psychologist and recognized authority in childhood psycho-pathology) guides Delaware's engaging first-person narrative with expertise, keeps Detective Sturgis real, and rudders his taut story to its satisfying end with sharp, true-to-the-ear dialogue. With Dr. Death, Kellerman's legion of Delaware fans will be very well pleased, and first-timers will almost certainly join the legion. --Michael Hudson From the Publisher: