Items related to Texas (One Nation (Revised and Updated))

Texas (One Nation (Revised and Updated)) 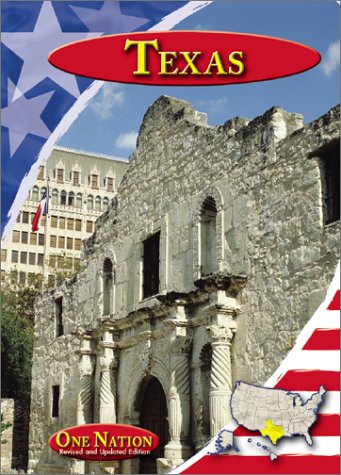 Provides an overview of the state of Texas, covering its history, geography, economy, people, and points of interest.

CCarole Marsh is the Founder and CEO of Gallopade International, an award-winning, woman-owned family business founded in 1979 that publishes books and other materials intended to guide, inspire and inform children of all ages. Marsh is best known for her children s mystery series called Real Kids! Real Places! America's National Mystery Book Series. Popular among children ages 7-14, this series follows four characters (Mimi, Papa, Christina, and Grant) along educational adventures to more than 48 locations across the U.S. Learning Magazine has awarded the series with the Teacher s Choice Award for the Family, and Midwest Book Review called her mysteries for children true gems of education and entertainment for young readers.

During her 30 years as a children s author, Marsh has been honored with several recognitions including Georgia Author of the Year and Communicator of the Year. She has also received the iParenting Award for Greatest Products, the Excellence in Education award, and been honored for Best Family Books by Learning Magazine. She is also the author of Mary America, First Girl President of the United States, winner of the 2012 Teacher s Choice Award for the Family from Learning Magazine.

Over the years, Marsh has been the creative force for more than 15,000 supplemental educational materials that Gallopade currently publishes. Other popular series include all 9 Carole Marsh Mystery series (Real Kids! Real Places!. Around the World in 80 Mysteries, Pretty Darn Scary Mysteries, Awesome Mysteries, Fantasy Field Trips, Postcard Mysteries, Masters of Disasters, The Three Amigos, and Criss Cross Applesauce), The Students Civil War graphic novels for kids, State Stuff series which is available for all 50 States, American Milestones reproducible resource books, and many more!