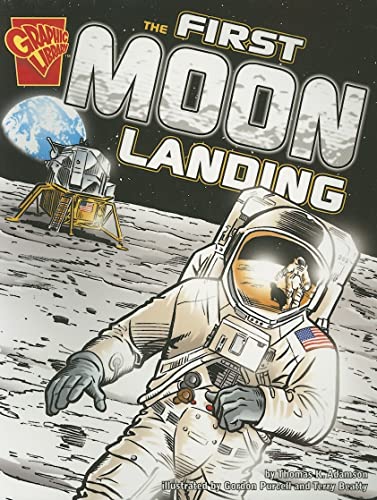 Tells the story of the Apollo 11 mission, including the first moon landing in 1969. Written in graphic-novel format.

Thomas K. Adamson has written dozens of nonfiction books for kids on sports, space, math, and more. He lives in Sioux Falls, South Dakota, with his wife and two sons. He likes reading and playing ball with his boys. He also likes to check scores and stats on his phone.