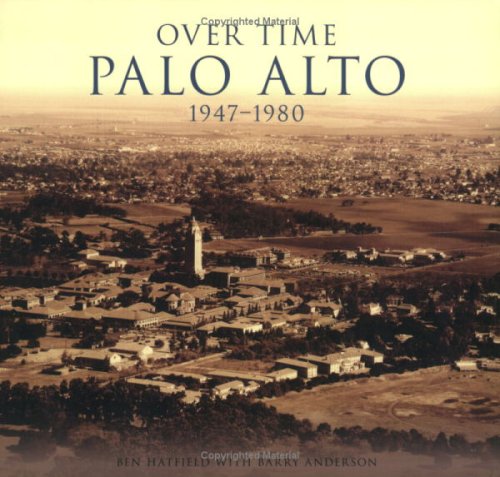 Adrian Hatfield was one of many happy veterans returning to Palo Alto after World War II, but this f lying ace and Stanford student (class of 1938) would spend the next 33 years photographing every inch of Palo Alto and vicinity. Presented here for the first time in published form is the aerial photography of Adrian Hatfield, founder of Hatfield Aerial Survey in 1947. The astounding visual archives that he created during his long career documents the evolution of a small town surrounded by dairies, farms, and apricot orchards to a tech-industry giant that finds its roots firmly attached to Stanford University. Working closely with developers such as Joseph Eichler, Hatfield witnessed, recorded, and helped build the community that is Palo Alto today.

This photographic adventure is narrated by Adrian’s son, Ben Hatfield, who was trained by his father to record the bird’s-eye view with the large Fairchild F-56 wide-angle lens camera. On chilly mornings in a doorless cockpit, young Ben scouted the graded circles on the earth that would soon sprout thousands of new homes. Once using his experiences for his classroom show and tell, Ben now guides readers through the aerial world that his family knew like their own backyard— Palo Alto, over time.