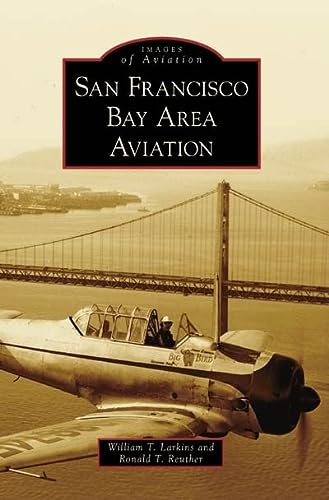 From hot-air balloons to jets, no other location has a more diverse aviation history than the San Francisco Bay Area. Aside from private and commercial airline operations, the area has housed the NACA/NASA Research Center, the prestigious Boeing School of Aeronautics, and the dirigible USS Macon. It is currently the center for antique aircraft in Northern California and has been the site of numerous flight records, including the Dole Race and Amelia Earhart’s circumnavigation attempts. San Francisco was also home to the pioneer Pan American Airways flying boat, which opened the Pacific Ocean to air travel.

Author William T. Larkins is an internationally known aviation photographer and the author of seven books on aviation. A graduate of the University of San Francisco, he is a 76-year Bay Area resident. Coauthor Ronald T. Reuther is a 52-year resident who founded the Western Aerospace Museum in Oakland. He is a retired lieutenant colonel, army aviator, and air force pilot. This amazing compendium of flight explores float planes, military aircraft, balloons, blimps, gliders, races, air shows, and the unique aspects of the Bay Area that have made it critical to the growth of aviation.