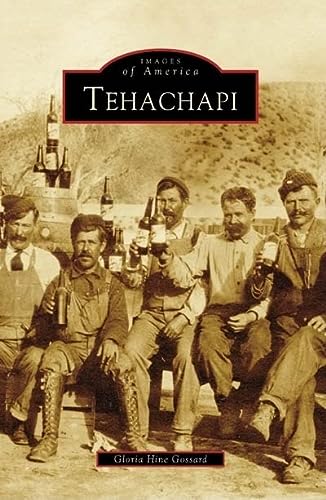 An “unusual name for an unusual place,” Tehachapi is actually a Southern Paiute description for the convergence of the Mojave Desert and the wetlands of California’s southern Central Valley. In 1876, the Southern Pacific Railroad used the Tehachapi Valley to link Northern and Southern California rail lines near the thriving dual communities of Williamsburg and Greenwich. These hamlets were known by the area’s ranchers, farmers, loggers, miners, merchants, and outlaws as Old Tehachapi and New Tehachapi. The railroad created its own town, Summit Station, which informally became known as Tehachapi after it outlived both early settlements. These raw frontier outposts eventually evolved into the anchor city of southern Kern County, surviving droughts, floods, fires, and a devastating 1952 earthquake.

This is author Gloria Hine Gossard’s second title in the Images of America series, following Three Valleys of the Tehachapi, which focused on Bear, Brite, and Cummings Valleys west of town. Using vintage photographs from the Tehachapi Heritage League, local families, and her personal collection, Gossard has instilled her hometown’s legacy into this marvelous compendium.