Items related to Ring of the Islander

Jason Brandenburg Ring of the Islander

Ring of the Islander 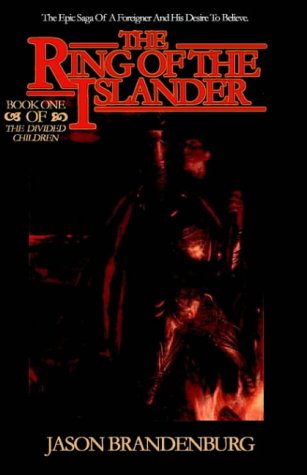 From the Backlands, came the Mengen Army. Led by a merciless leader of barbaric proportions, Lord Rale, the continents of the Frontlands began falling to his might. People were enslaved, tortured, and forced into hiding while the Mengens grew stronger. Life was an obstacle and hope, a dream, until a boy found a ring.

Jason Brandenburg was born on Long Island and published his first book The Third Guardian at age twenty-two. After High School and a lackluster journey through college and ample warehouse employment experiences, he turned to computers. He is a computer programmer and website designer who, now at age twenty-four, has completed a sequel of sorts to his first book with The Ring Of The Islander. He plans two more books to finish the trilogy while keeping his work as a computer programmer and website developer from fading from mind. He still resides in New York and hopes write many more stories to follow in the future.