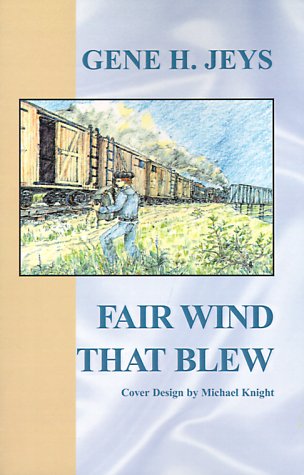 Fourteen year old Joseph James believes that he had killed his brother. He flees his 1910 Iowa farm home. Joe encounters different situations and people: Lou, a railroad worker; Maggie, a waitress, her daughter Peggy; and Pop Tucker. How Joe deals with resolving his guilt is revealed as the story unfolds.

Gene Jeys is a storyteller whose parents helped to settle the West. He wrestled for the University of Iowa, worked as a bridge carpenter during the steam train era, was a mechanical designer, draftsman and quality assurance engineer involved in the Space Program. In 1985 he retired, received an MA from Antioch University and served as a Family Counselor.

Gene has several publications in Scouting Magazine and holds the Silver Beaver Award.

With 6 children, 7 grandchildren and 1 great grandson, as well as an extended family of former Boy Scouts, Gene looks forward to continuing this saga of adventure in the American West.

Book Description Condition: Very Good. Former library book; may include library markings. Used book that is in excellent condition. May show signs of wear or have minor defects. Seller Inventory # 18817483-75