Items related to Theory of Enclaves 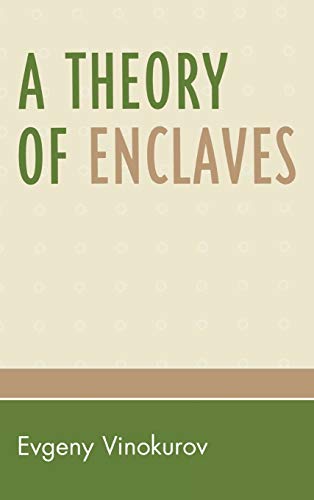 Attempting to provide a fully-fledged theory of enclaves and exclaves, A Theory of Enclaves covers a wide scope of regions and territories throughout the world and satisfies the need for a systematic view on enclaves. This book covers 282 enclaves, with a combined population total of approximately three million, but the importance of enclaves is much higher because of their specific status and issues raised for both the mainland states and the surrounding states: Gibraltar was disproportionately large for British-Spanish relations throughout the last three centuries, Kaliningrad managed to cause a major crisis in the EU-Russian relations in 2002-03, Tiny Ceuta and Melilla have caused tensions in Spanish-Moroccan relations for more than three centuries and have recently become visible as conflict points at the EU level, German Buesingen was subject to several complex international treaties between Germany and Switzerland.

Utilizing a broad definition of enclaves in time and space, Vinokurov synthesizes enclave research from all the major European languages to take useful steps towards a comprehensive theory of these fascinating political anomalies. (Dr Brendan Whyte, Ubon Ratchathani University)

1. A Theory Of Enclaves

3. A Theory of Enclaves

4. A Theory of Enclaves

5. A Theory of Enclaves

6. A Theory of Enclaves