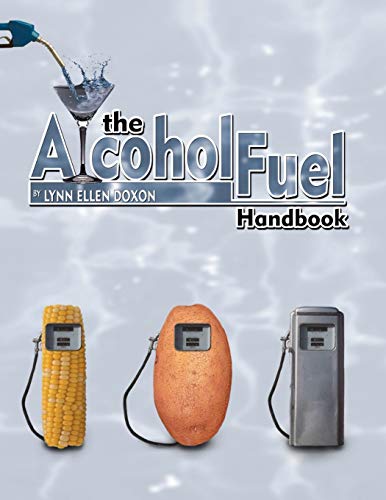 Do you want to escape rising gasoline prices? You can make your own fuel and here is how. The Alcohol Fuel handbook, first published in 1980, presents knowledge gained through the extensive practical experience of the author and her then partner, Robert Brautigam, in the production of ethanol for fuel. Now updated and revised, the book is increasingly relevant as gasoline prices rise. Learn to produce fuel alcohol, use the byproducts, modify engines to run on ethanol and deal with government regulations. The appendix even includes plans for building your own Remote Post Column.

Lynn Ellen Doxon became involved with alternative energy as a VISTA volunteer in the mid 1970's. Robert Brautigam attended a seminar on fuel alcohol she hosted in 1978, then invented a very efficient fuel alcohol still. They formed the Tallgrass Research Center and continued to promote fuel alcohol until Brautigam s death in 1982. Although pursuing other interests since then, including earning a PhD in horticulture and starting a family, Dr. Doxon has maintained her interest in renewable energy sources. She lives with her husband, mother and three daughters in a solar heated house in Albuquerque, New Mexico.