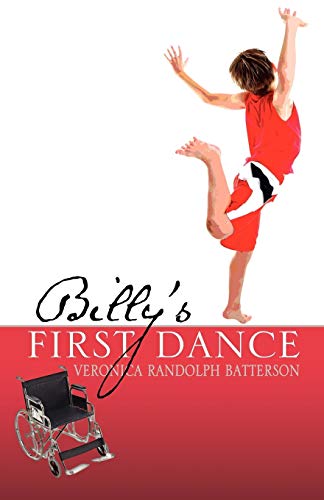 Thirteen-year-old Junie dreams of becoming a writer. Her youngest brother, Billy, afflicted with Spina Bifida and confined to a wheelchair, dreams of dancing. Their quirky but loving family finds a way to stay together.

Set in the southeast in the 1970s, Billy's First Dance unfolds with attention to family bonds, special needs and coming of age. Junie wants desperately to become a writer but must deal with the unusual circumstances of her family. She and her three half-siblings live with their grandmother and aunt, and none of the children know where their mother is.

Early on the morning of Wisteria's graduation, I awoke and stretched lazily, lying in my bed as I watched the warm morning sun play shadow games on the wall with the tree branches outside my window.  First, I saw a rabbit hopping across a meadow, and then I envisioned a sailboat on a windy lake.  Just as quickly as one shadow appeared, another one soon took its place. It was quite peaceful lying there with a gentle breeze blowing the curtains back and forth against the window.  I looked over at Wisteria's bed and saw her sleeping.  She seemed too young to be graduating, and I hoped she would have fun on her special day.

Suddenly a quick "ping" rattled the screened window.  A few seconds passed and it happened again.  It was followed by a whispered, "Junie! Junie, are you awake?"

I jumped out of bed and looked through the window.  Tommy and Billy were outside gazing up at me.  Their voices were impatient.

"Did you forget, Junie?  Hurry and come on down.  The best ones are probably already taken.  Don't wake up Wisteria!"

Slowly I remembered.  Tommy and Billy wanted to surprise Wisteria with a graduation gift.  Tommy had convinced Billy that Wisteria needed a puppy and he knew just the place they could get one.  Mr. Mullis, who ran a vegetable stand up the street, owned a dog that had puppies six weeks ago.  The puppies were ready to be given away and Mr. Mullis was anxious to find new homes for them.

"Hurry, Junie, or there won't be any left!" Tommy cried.

I looked at Wisteria, who was still asleep.  Quickly, I dressed and ran down the stairs, careful not to encounter Granna or Aunt Celia.  As soon as I got outside, Tommy started pushing Billy down the street as fast as he could.  I had to run to keep up with them.

"Tommy, have you mentioned this idea about a dog to Granna?" I asked.

Tommy didn't say anything but kept pushing Billy.  I knew then he hadn't.  What if Granna didn't want a dog in the house?  And what about Aunt Celia's cat Augustus?  We all knew that cat was crazy, but having a dog nearby would probably make him go off the deep end.

"Tommy, shouldn't we have asked permission?" I tried again.

"Gosh, Junie," Billy began, "you know how Granna's always talking about that dog Grandpa had years ago and how much she misses him."

The "him" part meant Grandpa, not the dog, but I didn't say anything to Billy.  Too late now, I thought.

Veronica Randolph Batterson is the author of the novel, Daniel's Esperanza, and the middle grade books of fiction, Billy's First Dance and Funny Pages.  After living many years in Chicago, she now resides in Memphis. Visit her website at veronicabatterson.com and her blog at veronicarbatterson.blogspot.com.