Items related to A Host of Angels

A Host of Angels 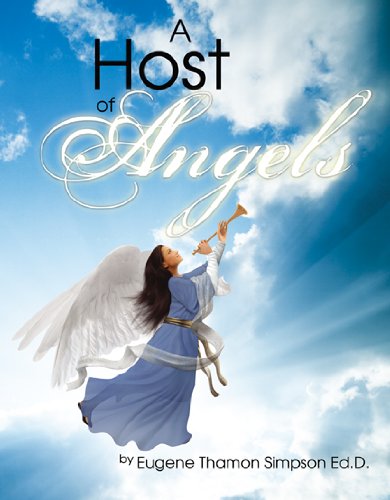 In a series of short profiles, the kindness and generosity of Americans, mostly musicians, of all colors and creeds, are documented as they were manifested in the authors life.

Eugene Thamon Simpson was the only child of two North Carolina school teachers. He demonstrated exceptional talent on the piano at an early age, and after graduating from Palmer Memorial Institute with top honors, he earned degrees from Howard, Yale, and Columbia Universities. Following a piano debut in Fischer Hall, he toured the world with the Rolling Along Show, and appeared on the Ed Sullivan Show. As a Tanglewood Fellowship winner, he debuted with the Boston Symphony before turning to university teaching and choral conducting. His groups have appeared in London, Paris, Rome, Vienna, Madrid, Moscow and St. Petersburg, Russia.